Growth Mindset: The Foundation Of Learning And Improving

We all have a subject we could never do well in. For some it has always been math, for others, it has been drawing. There are people who have never been able to do well in sports, while others have always felt that the only thing they did well was sports.

This being true for everyone, we’ve all used the narrative “I’m just not good at ____”. I’m guilty of it; so are you.

Trying to learn or improve at something while believing that you are inherently bad at it is practically impossible. How are you supposed to do better if you are absolutely certain you can’t?

Blocking yourself from improving is not the only problem caused by such rigidity. If you believe you are inherently bad at something, chances are you are not even going to bother with doing something about it. Thus, you will forever remain stuck at the same level, mainly due to lack of effort.

How to get unstuck

As it has become obvious, this type of self-defeating statement, “I’m just not good at ____”, creates a neverending cycle of frustration and failure. To break out of it, you need to change your most fundamental beliefs. You need to believe, that you actually can get better.

In her best-selling book “Mindset”, Carol Dweck popularized the terms fixed and growth mindset. Fixed mindset is all about inherent ability; it supports that we are bounded by the limit of our abilities and that our potential is predetermined. Growth mindset is the exact opposite, where the main concept is that our effort and attitude are what actually determines our abilities.

Studies by both Carol Dweck and others, along with various real-life examples, have proven that it is actually the growth mindset that is the closest to the truth. Regardless of our inherent ability, with diligent and well-placed effort we can grow and become much more proficient in any subject.

Below you can see one of my favorite illustrations with the difference between fixed and growth mindset. 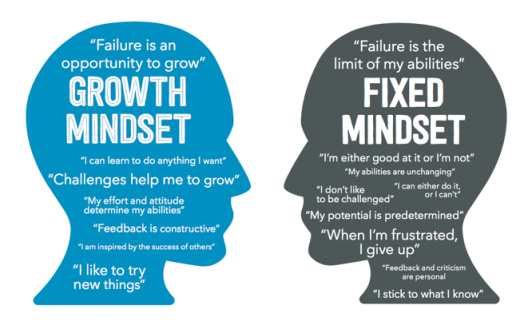 A real struggle with fixed mindset

From my younger days, I was doing okay with math and most scientific subjects. As I was feeling more confident there, I focused and practiced these almost exclusively. To no one’s surprise, those became my best subjects at school, and I eventually moved on to study engineering.

Due to that single focus, there is an area that I have always been awful at. That is anything and everything that has to do with art, sketching and drawing. Both my family and I always thought and said that I just wasn’t good at it, never would be and I just accepted that “fact” and moved on.

This was quite irrelevant in my life for the most part, until I started learning and working on web development, as a coder. In order to create a successful website, you need a beautiful and compelling design. But due to my fixed mindset on my artistic skills, I had also neglected my artistic understanding. Not only was I unable to design something beautiful, but I also couldn’t even think of something nice.

As a side note, this is years after I was first introduced to the concept of growth mindset and had already largely incorporated it into the other areas of my life. That one part of fixed mindset was deeply rooted.

Eventually, I identified this as a fixed mindset leftover and decided to let go. Since then, in a short amount of time but with deliberate and conscious effort, I’ve witnessed a tremendous improvement in my cognitive understanding of design, and I’ve also partially developed some basic skills of my own. Now I can even design some things for myself.

How to shift to a growth mindset

Identify the areas you have the most limiting beliefs in. Find the subjects that fill the gap in the “I’m just not good at ____” statement.

Write those down in detail and identify all the times in the past that your limiting belief prevented you from even touching that subject.

Apply to these the growth mindset

Now is time to start defeating these self-deprecating beliefs. Identify all the times in your life that your effort led to progress, and then make the correlation.

What would happen if you put the same effort into one of those areas? Wouldn’t you improve significantly?

Give it a try!

Chances are, you already see things differently. Just by reading this, you’ve made the first step. If you don’t though (or even if you do), perform a single experiment. Set aside a couple hours and practice on one of the identified areas.

If you feel inherently bad at sketching, go on Youtube and watch some tutorials on sketching for beginners. Then practice a bit. If it’s math, go to Khan Academy and watch some of the early videos on math. It is almost certain that within a few hours you will already feel quite improved. You have a lot more room to grow, as you’ve neglected the whole subject your entire life, so early progress will be fast.

Practice the growth mindset for a bigger amount of time

Growth mindset, to provide the maximum benefits, needs to be practiced consistently over time. Therefore, it’d be a great idea to devote a larger amount of time to it, like a year. The concept is simple: if you at any point notice yourself thinking in fixed mindset terms, consciously correct yourself. For a year, give in to the notion that with effort you can do anything. I’m certain that this will be your new view on life and learning before the year ends.

Again, how to get unstuck

While all these are nice, there is a chance that you have one area that you have really put time and effort in, but still have not witnessed any improvement. It is therefore normal to doubt growth mindset and blame yourself and your inherent abilities.

In such cases, it is almost certain that it is the way you practice that is the problem. Once again, embrace the growth mindset but from now on start utilizing the 80/20 rule, spaced repetition and deliberate practice in your training. The results will blow your mind.

Note though, that none of these concepts and techniques will work with you putting a barrier on yourself. Even if not entirely embracing the growth mindset yet, drop the “I am inherently bad at ____” narrative.

It works both ways

It really is astonishing, that by learning about learning techniques and how to approach learning you develop the understanding that you can learn anything. By applying these concepts and techniques, you make your learning both more effective and efficient. Therefore, you instinctively develop a growth mindset about learning, which then carries over in all areas of your life.

It is generally easier to apply something like the growth mindset in your life if you also understand how to use it too.

The way we think about ourselves is extremely important in our journey to learn. It is more important than our inherent abilities and it affects, directly and indirectly, everything in our lives.

For that reason, go on and utilize the actionable advice described in this article. Make a conscious effort to develop a growth mindset and remove any fragments of fixed mindset left. Let it become the foundation for all your learning from today onwards.

As you strengthen yourself with the growth mindset, you are going to try more and learn even more. I’d love to hear from you about your achievements and/or struggles. Post on the Facebook group, or contact me directly! 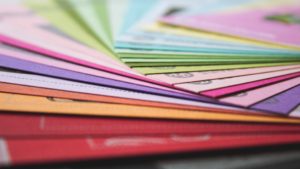 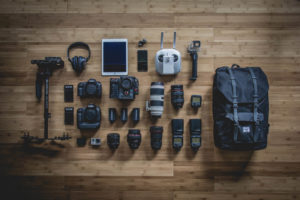 Deconstruction: How To Make Any Learning Subject Manageable 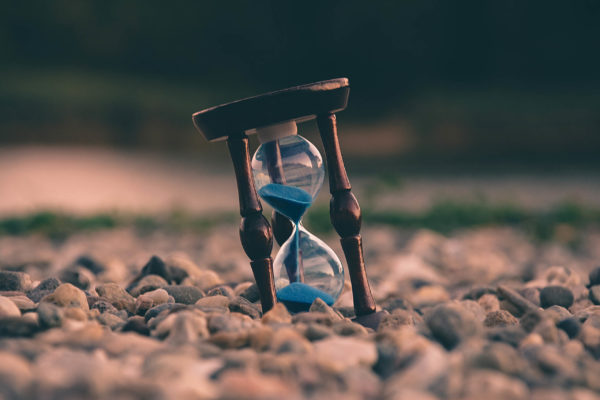 How To Learn Anything You Want In Just 20 Hours 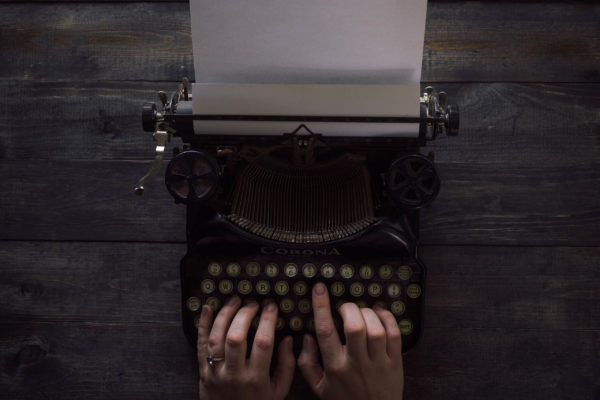 How The Metalearners Came To Be: The Inside Story 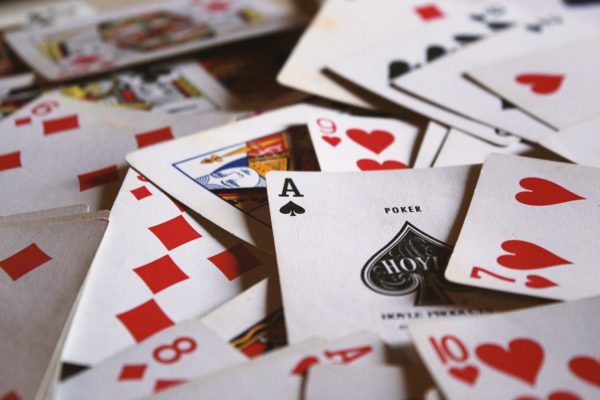